THE DARK SIDE OF TIME: Excerpt Five

Posted on November 22, 2013 by Stephanie Silber

It’s time for another slice from my haunted house mash-up of horror, suspense, and the supernatural.  It’s Thanksgiving Day, and young couple Sunny and Andrew, along with their toddler daughter, have been living in their fixer-upper cottage since late summer.  Things have been going bump in the night.  And then some.  But on this festive day the family will join Sunny’s sister and her politician husband for dinner in Manhattan. 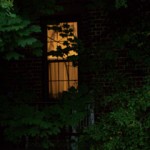 The little family stepped out of Grand Central into a sleety rain, which had stopped by the time they reached the Harvard Club.  The sky was blank and white.  Courtney and Jack were waiting in the stately entrance hall, seated just under the soaring mantel; the weak daylight filtered through two stories of windows on the 45th Street facade, merging with the lamplight within.  Courtney hugged Andrew especially tightly, glancing at Sunny, who shook her head slightly.  No, didn’t mention the mall jumper.  Yet.  Jack bent to kiss Sunny, taking the baby from her, dandling her in a practiced way.

The main dining room was fragrant with flower arrangements and savory cuisine, abuzz with conversation.  High ceilings, polished woodpaneling, good rugs, and the understated whiff of wealth, power and privilege – better by far than any mortal sustenance.  The servers knew Jack, and their manner was attentive, their table a good one.  Nearby, dining with his wife and grown children, the senior senator from New York waved hello.  Jack had already pulled out what Sunny and Andrew (only semi-mockingly) referred to as “The Great White,” a wide display of perfect dentition distinguished by its power bleached gleam.  The Great White, far superior to ordinary, everyday smiles, was used for the most special of occasions; whether it be making a speech, pressing the flesh, kissing babies, or, well, flirting.  Jack was OK, to be sure, but he did have a career politician’s bag of tricks and he knew how to use them.

Now, as a lady and gentleman of a certain age (and polish)  approached, Jack reached in for another favorite, The Glad Hand.

“Happy Thanksgiving,” fluted the lady.  Her pearls glowing palely, tastefully.  “We came in for the weekend and watched the parade from our hotel window, what fun!  Did you bring this darling baby to see the balloons?”

“Keep up the good work, Mr. Whitney.”  The gentleman, in a sincere and ringing tone.

Jack lapped it up like a cat with a bowl of cream.  “It’s the support from folks like you that allows folks like me to govern,”  he said.  Streams of graciousness flowed tangibly from him.  The Glad Hand worked vigorously for a moment, and the couple went away well pleased with themselves and their worthy Member.  For himself, Jack sat comfortably back on his chair (throne), reflecting upon how little it takes, really, to ensure those regular campaign donations.  You either have the personality or you don’t, he thought, considering, but only for a second, the ignominious rejection of the former governor of New York from these hallowed halls that welcomed him so warmly.

Wine was ordered and poured.  Crystal chimed in a toast to the day.  Sunny took a sip of the red blend, and blanched.  It was like taking a sip of battery acid.  She gagged full on, the wine unswallowed, held her napkin to her mouth, let it go as discreetly as possible.  Andrew noticed, though, looked at her closely.  You OK?  She shook her head once no.  Her gut was heaving and for a horrible second she thought she might puke right here at the table.  Everyone else had sipped, and murmurs of appreciation had been uttered.  So it was only her.  The glass remained untouched for the remainder of the meal.

As the main course was served, Jack placed both hands upon the table, leaning in a little.  “Big news,” he told them confidingly.  He glanced at Courtney, who beamed approval.  “Actually, two pieces of big news, what’s first, darling?”

“Jack and I have been talking about going to Babyland,” she said, as proudly as if they were the first humans to ever dream of procreation.  Bunny chose the moment to cast her spoon, loaded with cranberry, to the floor, tipping herself to the side of the highchair to ascertain where it had landed.  Already servers were on hand, hurriedly tidying the mess (blood clots, Sunny thought, and her stomach churned gently round once again.)

Jack grinned hard, clasping his wife’s hand.  “We may already be on the way,” he said.  “We’re workin’ on it!”  He sipped his wine, rolling it around in his mouth a little ostentatiously.  “Not that I’d call THAT work!”

“The other thing is that Jack is seriously positioning himself for the future,” Courtney said breathlessly.  “You never know what the situation will be in say, 2016!”

“We put together a Leadership PAC,” Jack said, still affecting a slightly hushed, confidential, important manner.  “Political Action Committee, of course.  We’re throwing a fundraiser at the Hilton on the 21st of next month.  Get a sense of who our friends are.  Let them know who we are.”

“You guys are in no way obligated to come, but I hope you will,” Courtney said.  “It’s going to be really fun, cocktails and stuff and six, dinner’s at eight, you can come to either or both; get this – we’ve got Tina Fey confirmed!”

“Quite a few other interesting individuals, too,”  Jack added.  “Count on it.”  Even more reticently, “Court and I will provide your contribution, goes without saying.”

“Wait,”  Andrew said.  “Why?  What’s this party costing everyone else?”

“A grand for cocktails only, if you want dinner too, another five.  But it’s moot,”  Courtney said quickly.  “You’re covered already.  Done deal.  We just want you to be there.  Please.  No more talk about money.”

“Well, sure,”  Sunny said, wondering who she could get to look after Bunny on such short notice.  “It does sound like fun.”  Her mouth was suddenly dry.  A sense of premonition, dread.  She sipped at her ice water.  She had almost forgotten – The House Whisperer, tomorrow.

“Courtney, please don’t laugh, and Andrew, don’t be mad at me, but I have someone coming to the house tomorrow.  Bunny’s babysitter saw her on The View, she’s a psychic.  She’s going to cleanse our house, you know, it’s like a blessing, like priests used to do back in the day.  Except instead of holy water, she’ll use sea water and burn sage.  Everybody who loves me really should be there, she said.”

Complete silence.  Three staring faces.  One small face leaning tiredly back in its highchair, transfixed by the crystalline glow from the chandeliers.

“Oh, Sunny, you know Jack and I can’t do something like THAT,” Courtney said, but nicely.  “It’s not that we don’t love you!  It’s politics.  Just not appropriate.”

“Working.”  From Andrew.  Only that and nothing more.  Sunny couldn’t read his expression.

And then the senior senator from New York was at their table, his own sharkish smile on display, greeting their party smoothly, bending close to Jack, saying something meant for him alone to hear.  And indeed, only Jack did, the message seemingly conveyed via some mentalist’s trick.

Outside, the skies were clearing, vivid bits of blue breaking through the cloud cover.  Jack and Courtney’s Suburban was already idling on 45th Street.

Courtney said, “We’re dropping you guys off, right?”  And suddenly a middle-aged man stopped in front of them.  He was glaring at Jack.  Runty and grayish, scruffy about the face and hair and wardrobe.  No hat, no gloves.  One hand stuffed into his coat pocket.

“Have a nice dinner, CONGRESSMAN?”  he asked.  “You all full up nice?  Good for you, you cunt!”  He hocked a loogie and spat, rather too close to Jack’s fine shoes of polished black leather.  “Lot of people still hungry today, amigo, chew on that!”

Jack, uncharacteristically tentative, brought out The Great White, and it was not received well.

“The FUCK you smiling about?”  the guy demanded.  He was quite literally baring his teeth, and perhaps it is needless to mention that the condition of them was dismaying.  “I’m not in your district, but you smear your shit around pretty good, don’t ya, for other people to step in!  MY district is one of the poorest in this fucking state, man.  THE ENTIRE STATE; unlike where YOU live, Congressman!  I’m out of work now over a year, I get an offer to lease my little bit of land, legitimate energy company, they want to drill for natural gas, they’re gonna pay me, I’m gonna get ahead a little for a fucking change of pace, get the car repaired, keep food on the table for my kids.  You loudmouth fucks with your anti-fracking this, anti-fracking that, you fucked that up for me, they put the brakes on the hydraulic fracturing until you fucking Einsteins figure out is it safe, oh boo-hoo, will it poison the water.  FUCK YOU!  I’m not safe, my kids aren’t safe!  My wife, she’s changing sheets at a fuck motel!  You CUNT.  Fuck the environment, man, and stop fucking the people.  The LITTLE people.”  He paused, fighting for breath, hand still in that pocket, not a good thing.

Andrew stepped forward, his hands outstretched.  “Steady, Mister,” he said softly.  “You need to take your hand out of that pocket now, where I can see it.”  He had his cell phone out.  “Now I can call 911 and you’re gonna spend a lot of time this Thanksgiving Day with the boys in blue, or you can quite scaring women and children and just get out of here.”  Bunny took this as her cue to let out an unsteady wail.

But the scruffy guy had run out of steam.  He appeared visibly smaller.  He removed his hand from his pocket and looked at it as though noticing it for the first time.  It was empty.  It was also red and scabrous, a workman’s hand.  Jack’s driver, emerged at last from the ‘Burban, was sidling closer; a little group of bystanders had gathered, stunned into silence.

“Sorry for your troubles,”  Andrew said, meaning it.  “The economy will turn around.  Eventually.”

The man’s gaze dropped, but Sunny had seen his eyes well up.  He took a deep, tremulous breath, looked past Andrew at where Jack stood frozen, his face as white as his teeth.  “You fuckers chumped my chance, man,” he said, no longer shouting now, looking right into Jack’s eyes.  “I only had but the one.  Now it’s back to the fucking lottery tickets.”  He spat on the sidewalk again and pushed past, to be swallowed up amongst pedestrians in seconds.

“Can anyone say bringdown?”  Andrew asked rhetorically, but he knew it wasn’t funny, and was not surprised when no one laughed.