FINALLY EVERYTHING IS FOREVER

Posted on December 16, 2013 by Stephanie Silber 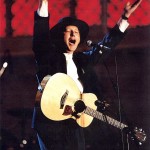 EVERYTHING IS FOREVER is complete.  It took us fifteen years.  Giving up was not an option.  It’s never been for us.  The other day Vic and I were talking about the notion of giving up on your dreams.  Who goes the distance and who cannot, or will not?  We’ve been around long enough to see many back away, ambition fizzled and gone out.  We’ve both often examined the idea of quitting, putting the endless struggles and sacrifices and going broke finally behind us.  Now I think we both accept that we’ll never stop trying to create, to bring art into the world no matter the emotional and financial costs.

EVERYTHING IS FOREVER is the story of the musician Nenad Bach, who has followed his rock dreams out of his native Croatia to America.  His is the ultimate example of what it means to never stop striving.

We finished the film over the weekend, and Vic and I sat together on a frozen Sunday to 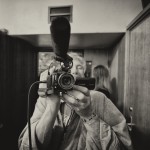 watch it together.  Often, when a film is a work-in-progress, you don’t have an opportunity to see it all of a piece.  So as I watched, it was as though for the first time.  It stunned me.  I believe it is Vic’s best work — this is “A Victor Zimet Film” and it shows in every frame, every beat, every nuance.

It plays like a perfect novel, these true adventures of an artist who simply refuses to give up.  Tears, laughter, you-can’t-make-this-stuff-up surprises, war, peace, and the human experience — it’s all here.  We were both weeping at the end, catharsis achieved.  And meaning-making.

Of course, there is lots of work ahead of us.  Now we will begin the arduous process of bringing the film to an audience; art is interactive.  It needs to be seen or heard to have a life.  We’ll submit to festivals, arrange screenings as well as live performances from Nenad and his eponymous band.  We’ll promote with the same determination we brought to the making of the film.  We will get tired.  We will endure disappointments aplenty.  We will sometimes feel like giving up.

But we know what will sustain us.  The feeling of sitting in a dark theater, surrounded by an audience, with a big screen playing EVERYTHING IS FOREVER.  Pure joy.  We’re really looking forward to it.

8 Responses to FINALLY EVERYTHING IS FOREVER