Raiding the vault. JIM GLICKENHAUS: CRASHING HIS WAY TO FAME

Posted on September 30, 2016 by Stephanie Silber

This was among the first of my articles that actually sold, in this case to Spotlight on Westchester Magazine, May, 1992. I’ve been thinking about that moment of triumph lately as I continue the arduous and emotional process of packing our cottage for a long- distance move, finding many old clippings, and picturing the last scene of MIDNIGHT COWBOY, wherein Joe Buck holds a dying Ratso Rizzo close, on the bus to “Floorida” – that land of milk and honey.

Jim Glickenhaus doesn’t need a weatherman to know which way the wind blows.  Vigilante justice, anomic teens on wilding rampages, rogue cops who shoot first and ask questions later – these are not current headlines, but scenes from movies made by this uncannily prophetic filmmaker. 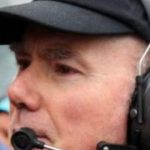 With films such as THE EXTERMINATOR, THE SOLDIER, and SHAKEDOWN, the 41-year old writer/director has established himself in the action genre as a gonzo stuntmeister with a bankable prescience.  While this kind of filmmaking has been attacked as exploitive, the Rye, NY resident regards his movies as simply a mirror of our times – if not a crystal ball – with his own peculiar outlook and wickedly satiric sense of humor overlaid.

“A lot of the films I make are documentaries,” Glickenhaus says.  “They just haven’t happened yet.”

MCBAIN, his latest effort, starring Christopher Walken, is no exception.  Sprung from the Glickenhaus premise of “what if?”, the plot pushes the reality of South American drug-cartel intrigue one step further.

“The cartels had just effectively taken over an entire country,” he notes.  “What would happen if that was allowed to continue unabated?  Can a group of people get together an army and take over a country?”  In MCBAIN, they can and do, not a far-fetched notion in the world according to Glickenhaus.

“When we were filming down in the Philippines, one thing struck me.  We’d made arrangements to  use some of their fighter bombers, so they sat us down in these F-5s that were fully loaded with bombs and machine guns.  There’s supposed to be tremendous security around this stuff, but there’s really not.  What would have happened if I’d just

started that thing up and taken it down the runway?  I would have reached Manila, you know?  At one point during the filming, we had the second largest air force in Southeast Asia.  So on one hand, everything’s impossible.  But on the other – stranger things have happened.”

The Scarsdale native decided in the latter part of the 1970s that the best way to break into the film business was by writing and directing his own projects.  His first movie was THE ASTROLOGER, a feature made for about $65,000 and destined for oblivion.  The seeds of a futurist, however, were set.

Of that undertaking, Glickenhaus confides: “I really had no idea of what I was doing.  I would do things like take out an ad in The Village Voice, and then people would come in and say, ‘Well, I’m a gaffer,’ and I’d say, ‘Yup, we’re gonna need some gaffers.’  And then I’d say, ‘Well, what is it you actually do?'” 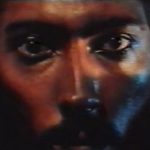 The lessons he learned from that first endeavor were twofold.  First, that by distributing his film through the south (where worried theater owners needed reassurances that audiences would not pelt the screen with tomatoes), he could turn dollars.  And second, Glickenhaus says, “THE ASTROLOGER is about 82 minutes, of which there’s about 80 minutes of dialogue and two minutes of inept action.  And the only part of the film that people liked was the action.”

With this in mind, he wrote THE EXTERMINATOR, a script which in its first incarnation had a scant 12 lines of dialogue.  Glickenhaus took it to Cannes in 1980.  Flouting tradition, he avoided the usually confining screening room to show his film, and instead rented a theater.

“We gave out tickets to every riff-raff and hippie and motorcycle type and French degenerate out on the street.  Now, they’re hanging out at Cannes trying to pick pockets and have an uproarious time.  So when they got an invite to a screening, they were pretty turned on.  There was no room for the buyers, who were screaming, ‘I need a seat!’  But try and tell this to some French Hell’s Angel.”

Chuckling at the memory, Glickenhaus continued.  “I started the screening a half hour 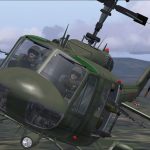 late.  The film had a pretty impressive opening: a Huey helicopter, explosions, a very graphic beheading.  One person fainted.  In two hours, we had sold the foreign rights for about the $2 millon we had invested.”  The movie ultimately grossed $18 million worldwide.

While some reviewers criticize what are becoming trademark Glickenhaus films, in which Rube Goldberg type stunts and violence undeniably play a starring role, the soft-spoken filmmaker says, “I’m not a particularly violent guy in life.  I just like wrecking stuff.”

And wreck stuff he does.  Glickenhaus is the kind of guy who’s wondering what to blow up next while most of us are waiting for the ‘Don’t Walk’ sign to change.

“I always wonder, as I’m walking down Times Square in the middle of the day and everything is safe and nice, well what if this happened, you know?”  Laughing, he adds, “It’s sort of like the kid in you.  The great thing about making films is you can play cops and robbers and no one thinks you’re crazy.”

Jim Glickenhaus  came to play.  And if he foretells the future a little bit in doing it, so much the better.  Especially if you can keep in the car chases.

4 Responses to Raiding the vault. JIM GLICKENHAUS: CRASHING HIS WAY TO FAME