Posted on December 17, 2016 by Stephanie Silber

Today, a tumultuous rain.  It was a marvel to watch from the screened porch.  It continued into and all throughout the night, I heard its waterfall sound amidst my dreams.  Maybe that explains my present state of torpor.  I feel as if I myself am underwater.  I wish I could check the weather in New York, but my internet connection has yet to be brought under control.

I have drifted into another plane, like walking in my sleep. My thoughts untethered to the Mother Ship.

The rain has stilled.  The world is wet and jungled.

I write this from St. Augustine; we have escaped from New York. It was under circumstances beyond our control, beginning in March of 2015, when our business dissolved like a mirage in the desert.

We are indie filmmakers, and earned a modest living producing and editing non-fiction projects.  We loved it, the indie docs in particular. It was hard to grasp that it was over, harder still to live in wealthy Westchester County sans income, and possibly the most depressing aspect was the uncomfortable fact we were forced to come to terms with: We had “aged out.” 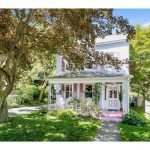 Vic grabbed a job here, a job there, and then a third.  All were short-term.  It was then that we realized we were going to lose our beloved Ivy Cottage, a sweet three-story with a rocking-chair front porch, and after 22 years there, a fully mature garden which exploded in roses throughout the growing season.

We put the house on the market and began to pack, beginning in the attic where two rooms had served as Home Team Productions‘ headquarters. I take great pride in the tangible evidence of our efforts. Boxes and boxes of tapes, of scripts and manuscripts. For the most part, during our working days  we were a two person crew doing the work of ten, and the work was good.  It was solid and layered and poetic, and our favorite themes were around art and artists. We used to say, “They’d have to kill us to stop us,” and Reader, they nearly did.

A dear friend has a motto that resonates with us: “Every problem is an opportunity.” We held on to that thought as if to a lifeline, during the ensuing frenzy of showing the house (leaving little notes upon doors warning against letting the cats escape, ensuring the house was eternally spotless, and having to exit the home for the duration of the showing, tedious and exhausting efforts all).

Towards the bitter end, as I lugged yet another garbage bag to curbside, I turned to trudge back to the cottage and was shocked at how blank and dark and empty the windows looked, like staring hopeless eyes.  Beseeching me.”Don’t go,” the windows said.  “Please don’t leave me!”  Or maybe that’s what I said to the cottage, deeply feeling my (our) bleak sense of failure and despair.

You see, Reader, the house was a living thing to me, like a child to be nurtured, forever, as even children grown ought to be.

At length, of course, the die was cast, and acceptance began to seep in weakly, slowly.  Then things accelerated swiftly; a call from a friend who has a home (for her retirement) in St. Augustine, who tipped us off to this pretty city on the sea. 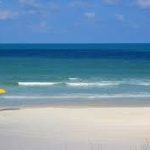 An aborted scouting mission which found Vic in St. A for under 24 hours as Hurricane Matthew roared in. And at last a multi-state move successfully pulled off with time to plan and execute.

And now?  Two weeks (or so) in residence in a charming rental cottage, we are at home. We have arrived.  We have survived. 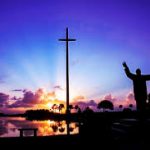 Perhaps best of all: The proud new owners of Ivy Cottage, young parents of two small children, are as in love with their new home as we were for all those years. Happy endings squared.