MUSIC DOC ON ROCKER NENAD BACH TO PREMIERE IN HOUSTON

He’s had dinner by personal invitation at the Clinton White House…performed with Pavarotti…given Bono songwriting advice.  He is Croatian/American musician Nenad Bach, and his story is about to hit the big screen.

HOME TEAM PRODUCTIONS’ new documentary, EVERYTHING IS FOREVER, featuring Bach, is slated to be part of the lineup at the upcoming WorldFest-Houston 2014.  Directed by veteran filmmaker Vic Zimet, the film will screen on Friday, April 11th, at 9:00 PM.  Zimet’s partner, Stephanie Silber, produced.

No strangers to the rock doc genre, Silber and Zimet in the past decade produced films on the late Irish guitar great Rory Gallagher; New York City’s own Black 47; The Flying Neutrinos; and Cyndi Lauper for BRAVO Profiles. 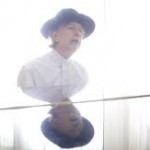 peace and rock & roll.  The result is a searching and intimate exploration of the universal creative process.

Nenad says, “I wasn’t born on the Mississippi.  I cannot sing the blues.  So I have been using my collective memory to put ancient vibrations in the modern ear.”

As a person who has witnessed firsthand the horrors of war in his homeland, Nenad is a tireless activist for peace, with his mission statement incorporated both in his music and his life — his ultimate goal is, he says, “world peace in one hour.”

Remarks Zimet, “Although Nenad lives in America, his drive to bring the culture of Croatia to the world never ceases to amaze me.”

You may view a trailer here.