EVERYTHING IS FOREVER PREMIERE: WorldFest-Houston 2014 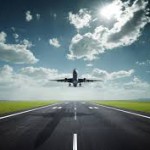 Vic and I were Houston-bound this time last week, headed to the premiere of EVERYTHING IS FOREVER, which is the culmination of a fifteen-year-long process of documenting the life and times of Croatian/American composer and rocker, Nenad Bach.

After the usual stress around boarding an airplane in today’s difficult times, we settled into our seats, filled with feelings and memories of our journeys to past festivals.  Those seats happened to be a row ahead of where we were assigned to sit, an indicator of the inevitable anxiety that hits when we’re about to exhibit our work publicly for the first time.  Due to that happy accident, we met a genial fellow named Rob, with whom we chatted for the remainder of the flight.  Rob was headed to a photography workshop.  A man of many talents, he is not only an excellent photographer, but also a jazz drummer and a pediatrician.  It is perhaps needless to say the conversation stuck close to the joys and rigors of making art.

We’d just started the descent when turbulence struck.  The plane rattled and bounced.  I could feel my face heat up as my hands automatically gripped the armrests.  I do better with take-offs; I have a little ritual that I perform.  I picture brightly colored silken scarves which represent my troubles and woes, and I let them fly away in my imagination.  As the aircraft soars upward, the scarves drift down, fluttering  madly, away from me, finally gone completely at the moment we break through the clouds into the endless blue of the sky.

But now we were about to land in Houston, and all the pre-show jitters were back, along with the sense of utter loss of control that comes with severe turbulence (whether in flight or in life).  I noticed that Rob was gripping his armrests too, his face noticeably paler, and though he continued to talk about matters art, it was through gritted teeth.  For some reason this comforted me, and we began to share near-miss airplane stories and theories about the ill-fated Malaysia Airlines Flight 370, no doubt to the consternation of our fellow passengers, until we finally touched down with a jarring series of bumps. 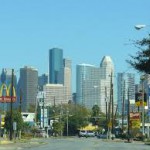 were doffed.  Our spirits were high.  Anything could happen and we were open to all possibilities.  Festivals are a buzzy whirlwind to be plunged into like a warm sea.  People to meet, movies to see, seminars and workshops to attend with kindred spirits.  I’d even arranged to meet my Texas cousin Greg, whom I’d not seen for 45 years, and that was one of the highlights of our trip.

On Friday the simmering undercurrent of anxiety was ratcheting up.  By the time we arrived at the screening venue, Vic was sharing his terror about how EVERYTHING IS FOREVER, shot in the nearly obsolete standard definition, would look on the giant screens of the multiplex, and how in the world would we even get close to filling the auditorium.  Anxiety, of course, is contagious.  I admit, Reader, I was really scared.

But at that point I remembered: We are always scared before a screening.  Comes with the territory.  A friendly fellow filmmaker coaxed me into a couple of cleansing breaths, and then we were in the theater with our subject, Nenad, and showtime was upon us.

It was magic.  The film looked great on the big screen.  The audience was feeling it.  Nenad’s journey played out richly, filled with nuance, his larger-than-life personality winning us over from the first frame.  You didn’t have to be an artist to relate to the shimmering highs and the crushing lows, and everything in between.

Afterward, we were drained and happy, and a  lively Q&A ensued with the hugely diverse audience.  They got it, because EVERYTHING IS FOREVER is ultimately a human story, with all its attendant heartbreaks, striving, winning and losing and loving.  It makes me cry every single time, and I’ve seen the film many times.

WorldFest-Houston is a venerable festival, at 47 years old.  It is astonishing to me that such a sprawling project can actually attain lift-off, but it did, gracefully and seemingly effortlessly, thanks to  terrific Program Director Kathleen Haney and Chairman/Founding Director Hunter Todd, and all others involved.  As Hunter might say, “Simply amazing!”  Well done, WorldFest-Houston.

On the flight home Vic dozed, and I was lost in thought, replaying everything.  We were taking home two awards, so unexpected that I let out a scream when Vic’s name was announced at the closing gala.  More tears then, of joy and affirmation.  I thought about the spiral notebook I’d brought along to make notes in, and how I lost it the very first day, after writing five not-too-shabby longhand pages.  With my lucky Caneel Bay Resort pen, likewise lost.  That loss had been transformed, of course, upon take-off, to a coral and turquoise scarf which fluttered gently earthward with its fellows. 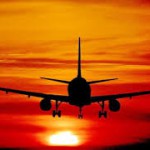 Now, New York, my hometown, lay spread out below us in the last rays of the setting sun.  My hands were relaxed on the armrests. I laid my head back, and then we were down, on terra firma with nary a bump, a landing as silken as my brightly colored scarves.  EVERYTHING IS FOREVER was launched.

5 Responses to EVERYTHING IS FOREVER PREMIERE: WorldFest-Houston 2014