The First of Two Interviews: THE AUTHOR AND THE AGENT

Posted on January 3, 2013 by Stephanie Silber

In which I pick the brains of a couple of literary pros: writer Stefan Petrucha and agent Paul Feldstein.  It’s no coincidence that both are fellow graduates of Purchase College, that hotbed of creativity and inspiration.

First up, Stefan, THE AUTHOR. 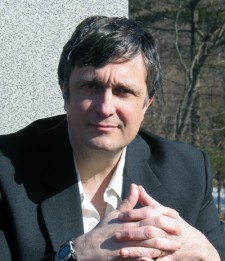 He’s the writer of no fewer than twenty acclaimed fiction and non-fiction books, published by notables such as Penguin and Harper Collins.  Recent work includes DEAD MANN RUNNING and RIPPER.  An acclaimed graphic novelist, he has worked with every major comics publisher for the last twenty-five years.  And he teaches, too; upcoming online courses for credit through University of Massachusetts are WRITING FOR A LIVING and WRITING THE GRAPHIC NOVEL.  He’s a busy guy!

When I was a non-traditional student at Purchase (’96), glutting myself on literature, I came to notice Stefan (’80), a whip-smart, engaged and engaging, mild-mannered young fellow with a writerly mien.  That is, he didn’t necessarily have patches at the elbows of his blazer, but he looked as if he should have.  He’d long since graduated, but audited classes because he loved the world of books.  We became friends.  He told me once, in a casual way, that he had written five novels already, though he had not yet published.  I was agog.  But HOW?  I asked him.  HOW did you DO it?  He shrugged as if it were nothing at all.  “It’s pretty basic,” he told me.  “At a certain point I just gave myself permission to write shit, because I figured if I just kept writing, naturally over time, I’d get sick of writing shit, and get better.”  That was a game changer for me.

He doesn’t, of course, write anything less than brilliant, imaginative, and sometimes scary prose.  He meant that at all costs, a writer writes.  We avoid, tune out, ignore and banish the hectoring, scornful voice that lives in all of us; we cannot be afraid to write shit, and we thus push ourselves toward excellence.  And we keep on going.  The prize is the work and the rest may or may not come later.  For Stefan, luckily for his readers, “the rest” came along.  His work is out there.  In hard cover.  He’s writing for a living.  To visit his website and buy his books, please click here.

You’ve been writing since you were ten.  What’s the first thing that you wrote?

Maybe a poem about a haunted castle in 4th grade.  My first “extended” effort was in the 5th grade, a screenplay for a spoof on the film based on the gothic soap opera, DARK SHADOWS, called HOUSE OF SHADY DARKNESS.  I kept trying to film that through middle school.

What drove you?  What kept you going?  How long did it take before you were published?

I’ve no idea what drove me — I just enjoyed it.  Storytelling came more easily than say, practicing piano, so I kept at it. 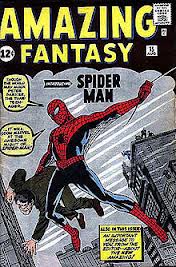 I was first professionally published in 1987, with a very bad story for SPIDER-MAN, though I’d been paid for a few comic book plots before that, which never saw the light of day.

Were there mentors along the way?

Absolutely.  In college, ol’ SUNY Purchase, there were my profs, Richard Stack and Lee Schlesinger.  Richard was great with nuts-and-bolts criticism, while Lee took more of an overview.  The best of both worlds.

Much later, in my thirties, I was personal assistant to Joseph L. Mankiewicz (writer/director of ALL ABOUT EVE, SLEUTH, etc.) and I count him as my third mentor.  His best advice was to be honest with my audience.  I had a tendency to play my cards close to the chest, figuring people should work a little to figure things out.

How important is it to have representation?  In terms of getting an agent, what’s a good strategy?  I remember a piece of advice you gave me back in the day, about never sending only one query out at a time, otherwise none of us would ever get published.  At least five, you told me.

Depends on your goals — the right agent can make your career, the wrong one can ruin it.  I’m very happy with Joe Veltre at the Gersh Agency — he’s gotten me a lot of work, and negotiated a lot of deals for me.

Starting out though, I’d suggest querying editors directly, trying to develop those relationships first.  If you wind up with an offer from a mainstream publisher (How many are left now?  Three?) it’ll be easier to attract an agent to negotiate the deal.

On the lower end, it may not be worth it, though you’d have to be incredibly careful about what’s in that contract you’re signing.

And in any case, never send one query at a time, to agents or editors!

What’s the hardest part of writing for a living?  The most satisfactory?

The hardest — making enough money!  Especially these days.  Toss in marketing, which I often hate.  It helps develop an audience, but it takes time away from the writing, and I’ve never been terribly good at it. 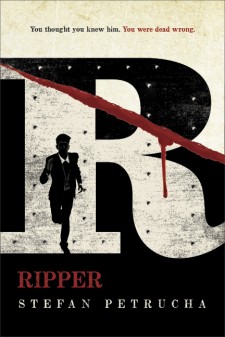 The satisfying part remains the writing, and hearing from readers who’ve enjoyed my work — it’s like the other half of the conversation.

If you hadn’t been published would you still be writing?

Yes, though I probably wouldn’t have much time for it, since I’d be earning my living some other way.  Then again, I’d also be writing with less concern for a market.

What are your feelings about self-publishing?

I think the advent of the e-book makes it an increasingly legitimate choice — I’m self-publishing a few books myself, where the rights have reverted.

The thing is, if you want to be serious about it, you should at the very least hire a freelance editor to work with.  You also have to be prepared to devote a lot of time to the aforementioned marketing and promotion, otherwise your title, no matter how brilliant, can languish on the Internet with billions of other efforts.

Let’s talk about rejection, shall we?  What would you tell writers about how to manage the feelings around the big “No thanks, not for us.”  Most painful rejection?  Most memorable?  Most valuable learning experience?

Rejections are a fact of life for a writer.  Stephen King collected stacks of them before he sold a word.  HARRY POTTER was rejected by eleven publishers before it was accepted.  The shelves are full of classics that had trouble seeing their way to print.

Of course it hurts, and for some it can be paralyzing.  Ultimately, if being rejected paralyzes you, odds are, you’re not going to make it in the industry.  That doesn’t mean you should stop writing, but you might prefer doing it for yourself.  Kafka didn’t want any of his writing published, for instance, but that didn’t keep him from writing.

Aside from just developing a thick skin, my strategy was always to send my queries to multiple editors.  You have to figure someone will reject you, so the more out there, the more chance it will land in the right hands.  It also spreads the pain, if you will.  When you get the first rejection, you still have other responses to look forward to.  By the time you get the sixth, you’re more used to it, and perhaps more willing to listen to whatever feedback you’re getting.  But it’s tough.

I teach an online class, WRITING FOR A LIVING, through the University of Massachusetts.  In it, students break up into fake “publishing groups” and evaluate each other’s queries.  They can only “accept” one and have to reject all the others.  It not only lets them see things from the editor’s point of view, it gives them some handy experience in being rejected.

Most painful rejection?  Hmm…I was once up for a gig as the monthly writer for a comic book.  There were two other writers, one the editor favored, the other which the editor-in-chief favored.  They both liked me, and the editor figured they’d compromise and offer me the book.  The editor-in-chief wisely decided to let the editor hire their own choice, leaving me out in the cold.  I think that one hurt more than usual because I’d been inadvertently set up to expect the job.

Really, though, the most painful rejections haven’t come from publishers, but from the market — when a book I slaved over and love dearly just doesn’t catch on, while something I toss out quickly sells like crazy.  Why one sells and another doesn’t still remains largely a mystery to me.

How did it feel when you got a “YES, thank you!”?  What genre was that work?

Growing up, and in college, I did a lot of work on my own, novels, scripts, etc. and, aside from helpful professors, I was my own boss, which of course I preferred.  Sending stuff out into the “world” was a different deal, and when I made my first sales, I met them with a mix of excitement and trepidation.  I was thrilled that my work had been accepted but worried about what would happen to it, and me.

My first big sale was a comic book series called SQUALOR, which was released by First Publishing, an independent company which was thriving during the eighties comic boom.  It was exciting selling the script, exciting working with the artist, but the most exciting part, the thing that made it really worthwhile, was walking into a comic book store and seeing people standing around reading it.

You are drawn to horror, the supernatural, the dark side.  Why?

Dunno.  I like mainstream novels, literary work, etc. but I am drawn to the speculative.  Ultimately, I think genre tropes provide a shorthand that, at its best, is almost like poetry, a concentrated language that allows one to discuss complicated issues in an accessible, and at times, admittedly gaudy manner.  If you paint the unseen electric pink, it’s easier to see, if that makes sense.

Who influenced you within that genre?  Why?

In horror, mostly the classics, like Poe, Henry James TURN OF THE SCREW, Arthur Machen, Lovecraft.  I enjoy some Stephen King, Joe Lansdale, dozens of others, and scores of horror movies and TV.

Why?  I like things that sit on the boundaries of reality.  With TURN OF THE SCREW, a story about two children who may be possessed by ghosts, for instance, I love the fact that whether or not the ghosts are real or psychological, doesn’t change the story at all.

Is the horror genre marketable?

The marketability of horror changes over time.  Right now, YA dystopian is big, like THE HUNGER GAMES, but who knows what the next wave will be?

What do you read for pleasure?

My tastes are very eclectic.  Currently, I’m reading 1491 by Charles Mann, a great non-fiction book about the Americas before Columbus, WHEN TRICKSTER CREATED THE WORLD, about the Trickster figure in various forms, and I’m re-reading THE THREE STIGMATA OF PALMER ELDRITCH, by one of my favorite sci-fi authors, Philip K. Dick.

You’re married to writer Sarah Kinney.  Do your kids show any inclinations toward the field?  Your feelings on that if they do?

Both of my daughters are terrific writers — I actually co-wrote a few comic book stories with them.  I’d like writing to be part of their lives, but like any parent, I’d rather see them in a more stable career!

Many thanks to Stefan for an insightful and informative interview.  Watch this space for THE AGENT, Paul Feldstein, coming soon!