Chasing Down A Dream: Author Kathleen Donohoe on ASHES OF FIERY WEATHER

Posted on February 10, 2016 by Stephanie Silber 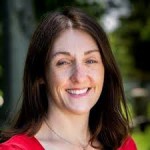 Kathleen Donohoe has had storytelling in her blood ever since she can remember.  The Brooklyn resident, who grew up in Midwood, had compiled a respectable body of work prior to writing ASHES OF FIERY WEATHER, her debut novel about “the passionate loves and tragic losses of six generations of women in a family of firefighters, spanning from famine-era Ireland to Brooklyn a decade after 9/11.”  Now, at 43, Donohoe is poised to hit the literary bigtime when Houghton Mifflin Harcourt launches ASHES in hardcover on August 30th, 2016.

Based on a short story written in 2003, about the daughter of a firefighter post 9/11, there was a “natural progression to expand on that work.”  The narrative is intricate.

“It isn’t chronological,” Donohoe explains.  “It jumps back and forth through time.  Each chapter tells the story of a different woman, seven in all, and each with her own voice.”

Donohoe’s current shining moment has not come easy.  She’d written a novel when she was 22 years old, and a second novel took her ten years to write.  Though she did find representation for both, neither sold.  Undaunted, by 2008 Donohoe was considering a third novel.

“I was mulling writing about 9/11, going back and forth on it.  Because there were already a lot of books with the 9/11 theme.”

At this point, though, she’d learned something about moving forward in the face of the Big No — she would write the book she envisioned.

Easier said than done.  She was temping then, taking an array of soul-sucking administrative assistant positions, waking at 5:00 AM to write before going to work, while her freelancer partner, Travis Collins, was likewise getting up before dawn at the time, to edit audio books. (He’s switched to the Tech field now.)

“I always worked in offices,” Donohoe explains ruefully.  “I never wanted to teach.”

By 2010, Donohoe had 100 pages of “coherent work” under her belt.  Another high point:  the couple married, just prior to becoming parents to son Liam. But every parent knows that with a baby, the work can stall.  Luckily, Donohoe discovered a Brooklyn writers space, “By chance,” she says.  “Just walking by.”  To join the space was no easy feat, however; to belong, she’d have to apply, get letters of reference,  pay a (“reasonable”) fee, and juggle parenting duties.  Happily, it turned out to be the proverbial room of one’s own, a haven for a writer.  Donohoe was able to get in four or five hours of work there on the weekends while Collins did Daddy duty.

“I felt guilty leaving him,” Donohoe admits.  “It was hard.”

The following year she applied for a full time job at the Brooklyn Botanical Gardens, which would turn out to be a much more pleasant gig than filing and answering phones.  Still, she had concerns.

“The garden is great, the people are great,” Donohoe told Collins, “But if I get this job, if I take this job, I will never be able to publish a book.”

There was a sense of “That’s the best I’ll get, ever.”

She took the job anyway.  Then, hard times began to morph into desperate.  The silence

from the universe around actually getting published rang in Donohoe’s ears.  She thought of self-publishing, but was discouraged by the expense involved in that effort, among other things.  She had reached a point where she felt there was no one left to pitch.  The family was evicted from their apartment because the landlord sold his house; they moved in with Donohoe’s folks in Farmingdale.  Add on crushing student loan debt, an expensive move with cash up front, commuting to their jobs in Brooklyn, with little Liam in daycare at a local college.  He cried a lot, his mom confesses.

At this point, she and Collins were considering moving out of state.  In the meantime, Donohoe continued to read from the work at Irish American Writers and Artists salons, where she is co-director; the reception was invariably positive and the company nurturing and supportive.

Things started to improve in October, 2012.  The novel was completed, on Donohoe’s birthday, a fortuitous sign.

Donohoe kept faith with the book, carried on with cold queries, utterly refusing to give up.  She searched for representation as a detective might search for clues: reading the acknowledgements of novels, googling writers to find out who their agents were, searching Agentquery.com.  But in the end, coincidence won the day.

“I pulled a book off the shelf that I’d heard about and wanted to read,” Donohoe recalls.  “It was not like mine at all, but the agent was thanked in the acknowledgements, and I knew that she was not afraid to take chances on complicated stories, so I queried.”

Bingo.  Caryn Karmatz Rudy of Defiore and Company bit, requesting the first hundred pages.  A month later she asked for the rest of the manuscript.  Then, together, Donohoe and Karmatz Rudy rolled up their sleeves, fine-tuning and tinkering to create the optimum presentation.

“We worked on a bunch of titles,” Donohoe says.  “The title is from a Wallace Stevens poem, Our Stars Come from Ireland.  You can’t move forward without a title, and it needs a good one, or it gets stuck.” 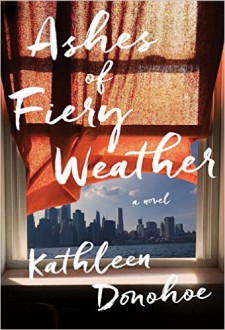 After 75 passes, ASHES was picked up for publication on March 10, 2014, by Houghton Mifflin Harcourt.

“I guess the third time’s the charm,” Donohoe comments, laughing.

She would be working with Lauren Wein, Executive Editor at the prestigious publishing house.  The notes were copious and detailed; Wein wanted to move the entire first chapter back in the book.

“It was difficult,” Donohoe confesses.  “She wanted to move the 9/11 material back simply because it wasn’t the point of the book, and was so familiar to everybody.  So the second chapter became the first.”

Donohoe worried about the change, but she knew it might work, and trusted Wein’s instincts completely.

“And,” she adds, “I was coming to that realization that there’s a deadline now!”

As to the upcoming publication, Donohoe is jubilant.

“The odds were absolutely against me,” she says.  “But I didn’t quit.  And nobody would have blamed me if I did!”

Everything turned around for the Donohoe/Collins family at that point.  As Donohoe describes it, “everything we needed to happen actually happened.”

There was a sense of vindication.  The process from A to Z had taken so long, and to have somebody actually buy the book, believe in it, be willing to stand up for it, was more than anything else, a relief.

“How many novels do you have to write before you are a failed novelist?” Donohoe muses.  “Do I just start another one?”

Now, however, she’s enjoying the moment, describing it as surreal.

“It’s a dream world.  It mattered to me a lot, and it’s happening! It is like stepping onto another planet.  All I ever wanted was to publish a novel, and I wasn’t wrong about the quality of the work!  Twenty years it took.”

Now Donohoe is looking toward the August 30th publication date, even as she begins writing another book as part of a two-book deal.

“I’m very excited, it’s getting very real now,” she says.  “It’s going to be interesting to see what people I don’t know think of it.”

12 Responses to Chasing Down A Dream: Author Kathleen Donohoe on ASHES OF FIERY WEATHER