Posted on February 27, 2014 by Stephanie Silber

From the vault, in honor of Women’s History Month…

This is a story about heroes, sung and unsung.  They had heart that wouldn’t quit, and they claimed their piece of history for the most part quietly.  They were American women whose achievements spanned centuries and changed lives, and too often, they took an historical back seat. 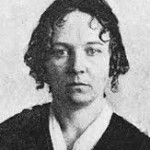 But not in Seneca Falls, N.Y.  It was here that Elizabeth Cady Stanton set the seeds of the women’s suffrage movement in 1848.  And it was here, 120 years later, that a group of everyday heroes, fueled by a deep impatience with the status quo, founded the National Women’s Hall of Fame.

“We wanted to make up for the past,” explains founding member Mary Curry.  Now 69, the ebullient Curry speaks with pride and not a little passion about the hall and its purpose.  “When you read about women’s lives and realize what they went through, you think, ‘My God, we should be doing something about this,’ you know?  We just felt that so much had been accomplished by women that had not been acknowledged, let alone appreciated.  Or thanked.”

Curry and her compatriots took the thankless job of redressing that.  The early days were not easy.  The hall had neither a permanent home nor funds to speak of, and in a time of burning bras and warlike rhetoric, some worried that its motives might be radical.  Undaunted, the founding mothers continued to research the lives of potential hall inductees.  For Curry, whose father was born in the house next door to the Stanton home, 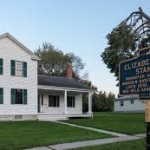 the exhaustive process was “a thrill.”  Says Curry, “These people were so fascinating, it’s like a story, but true!  You begin to see that every one of them had a tough time — Clara Barton spent years sitting outside the president’s office — more than one president! — just to get the Red Cross started in the United States.  And if you get into their lives you see that not one of them did it easily.”

Curry herself is no stranger to hard work.  She modestly brushes aside mention of her own door-to-door fundraising efforts during the unforgiving upstate winters.  Helen Barben, 90, another founding member, who still sits on the board, says, “We thought it should be done, so we kept at it.”

In the decade that followed, victories were hard won, but significant.  The 1973 induction of the first 20 honorees, among them Emily Dickinson, Amelia Earhart, and Eleanor Roosevelt, was one landmark.  But it was the 1979 purchase of a turn-of-the-century bank building in downtown Seneca Falls that was cause for celebration.  The hall had found its home.  “I never doubted for a minute that it would happen,” says Curry simply. 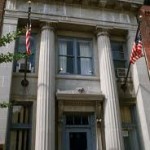 That event was to profoundly affect this quiet village of 7,000.  It attracted national attention and deep-pocketed celebrities, and importantly, initiated the revitalization program that resulted in a massive ongoing restoration of local historic sites.  Today, the handsomely pillared hall is a prominent fixture in the heart of the historic district.  The plaque affixed to its facade reads, in part, ‘To honor in perpetuity those women whose contributions have been the greatest value for the development of their country.’

Visitors, who annually number 10,000 and counting, may wander through the gallery, where the permanent exhibits offer an evocative taste of the lives and deeds of the present 47 honorees.  Operations Manager Mary Gratton, who among sundry key duties greets visitors and conducts tours for children, notes, “It’s amazing how many older people are 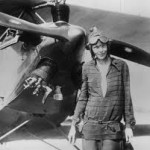 drawn to Eleanor Roosevelt.  Then you have the younger children — they’re more interested in Amelia Earhart, Sally Ride…adventurers.”  A lifelong Seneca Falls resident and alumna of the Elizabeth Cady Stanton Elementary School, she adds, “We don’t want to take a political stance.  Because I can tell you from seeing gentlemen walk in that door, they’ll ask, “Can I come in here?”  And my line is, “Do you expect the ladies to jump off the wall and attack you?!”

Gratton loves her job and shows it.  She points out the building’s four vaults, a relic of its banking days, which today are used to house the hall’s extensive archives and various itinerant exhibits, the latter available as loaners to schools and organizations.  And, there are the artifacts.  One such eloquent testimony to the past is Earhart’s scarf, which accompanied Sally Ride (an ’88 hall inductee) on her trailblazing Challenger flight in 1983.

The Operations Manager has been particularly busy of late, overseeing the “extremely exacting” nomination procedure, which ultimately results in the induction of up to four new honorees per year, though sometimes there are fewer.  Anyone may make a nomination; it takes only a nomination form, available from the hall, and a personal hero.

National Executive Director Susan Lowell Butler, who is Washington DC based, but spends “about a quarter” of her time in Seneca Falls, comments, “Individuals and organizations nominate from all over the country.  The nominations come in to a research committee, which is totally separate from the Board of Directors, and as you can imagine, you get everything from Betty Friedan to somebody’s mom.” 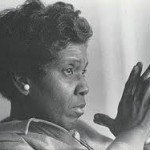 The selection committee has its work cut out for it.  A voting body comprised of scholars, historians, heads of organizations, hall members, and past honorees, their job is increasingly difficult in light of the ever-growing pool of high profile women.  Butler recalls, “My first acquaintanceship with the hall was on the selection committee.  Doing the

screening — actually sitting in my kitchen on a Saturday morning and trying to rate Barbara Jordan and Billie Jean King!  Oh, my God, it’s some feeling!  You feel like you’re not fit to lift their briefcase, much less rate them!  And I think as more women are known the competition’s going to get tougher.”

Tougher still, honorees are at present chosen on the basis of their contributions to the arts, athletics, business, government, philanthropy, the humanities, science, and finally, education.  Butler observes, “We’re finding the categories a little tight-fitting.  As things progress, people range across categories, and it’s hard to pigeonhole them.”

Yet another wrinkle to be ironed out, according to Butler, is the under-representation of some groups of American women, many of whom make their mark in relative obscurity.  “It’s a toughie,” Butler admits.  “We have fairly good representation of black women, but we’re light on Asians, light on Hispanic women, they’re just not known the way Marlo Thomas is.  Other organizations like the Baseball Hall of Fame simply grandfathered in a lot of people from the Negro Leagues.  But our concern is that the hall be more reflective of the populations of the country and not just black and white women.”

Last year’s sole inductee was Gertrude Belle Elion, 73, whose work helped develop AZT, the first drug to combat AIDS.  “There’s a natural tendency to have famous people only to get in, and we’re trying to do better than that,” Butler says firmly.  “Gertrude Belle Elion is just this outrageous genius, this Nobel Prize-winning woman, this extraordinary person, but not a household name.  So we try to get a balance, and we try to get some live ones and some dead ones.” 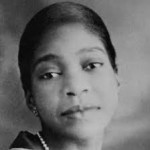 Bessie Smith is here, her blues legacy very much alive.  Rachel Carson, writer and early environmentalist, is remembered.  Harriet Tubman, ‘The Moses of Her People’; prison reformer Dorothea Dix; Margaret Mead and more.  They are remembered ‘in perpetuity,’ in a museum which still stands alone nationwide in its recognition of women of achievement.

“The women we celebrate don’t need it,” Susan Lowell Butler says.  “They know who they are.  But anything we can do, particularly in an educational way, for young women and young men growing up to see and celebrate the accomplishments of women brings a climate of equity and parity for all Americans.”

2 Responses to A WOMAN’S PLACE…in HISTORY