YOU GOTTA KNOW WHEN TO FOLD ‘EM

Sometimes you really just feel like giving up.  It’s worse than writer’s block, worse than being distracted by the vicissitudes of life and falling into a rut of not writing every day.  It’s like an undertow you cannot escape, a moment when you literally feel you are dead in the water.

I’ve been feeling that way lately, despite my blooming midsummer garden and my love for this season.

It’s a dichotomy that threatens to shut me down.  You think, why bother?  It’s just too hard.  I can’t keep putting myself through this.  And so on and on, wah, wah, kick, scream, and avoid the writing in favor of yard work, which actually makes me feel content.  (But ah, Reader, there is nothing, but nothing, that can compare to the feeling of flying that you experience when the work of writing is going well.) 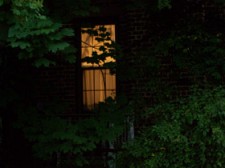 A friend told me recently that she’d seen a trailer for some upcoming horror flick she could not remember the name of, something about the supernatural that put her in mind of my very own novel, THE DARK SIDE OF TIME.  I was flattered.

Natch, I had to have a peek at the trailer.  I knew immediately that it was the trailer my friend had seen, because not only is it a classic haunted house story like THE DARK SIDE OF TIME, but for God’s sake it looks like they shot it in my own damn basement! 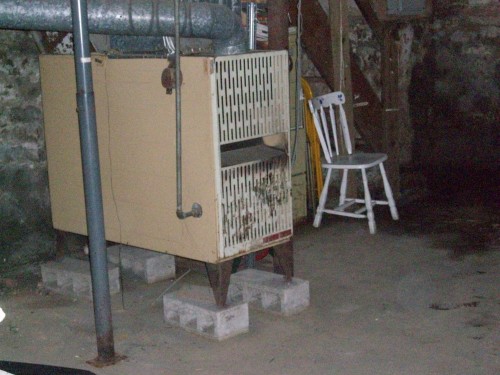 I had Vic take a look at it.  He laughed because it so does look like our own damn basement, even to the prop-esque old chair tucked under the stairs.  Then he refused to watch any more because he may want to see the movie.  I find it ironic that I myself do not; it would scare me too much.

I was scaring myself for a year as I wrote TDSOT.  That didn’t bother me.  In fact, it delighted me, though I jumped at the slightest sound while I loaded a wash.  In the basement.  Near the crawl space.  (No rush like that one, when the characters come to life off the page and scare the shit out of you.) 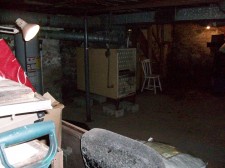 But I want to scare other people as well.  Is that too much to ask?

I do take some comfort in the words of the accomplished non-fiction writer, Alec Wilkinson, who gave us such an insightful interview for our doc, RANDOM LUNACY.  I told him that my novel was literary fiction, a mystery, a ghost story and a brooding look at our troubled world.  I was inspired, I told him, by the work of the late great Shirley Jackson (THE HAUNTING OF HILL HOUSE and much, much more).  “Jackson is very fine,” Alec said.  “And there will always be a market for your genre.”

Vic implied the same.  “Let’s see if THE CONJURING makes any money.  Because that’s the only factor that counts.”

2 Responses to YOU GOTTA KNOW WHEN TO FOLD ‘EM