Posted on September 30, 2015 by Stephanie Silber 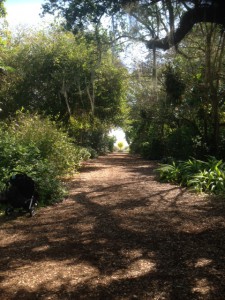 Vic and I understand hard times.  Our process as indie artists has informed this understanding, and in retrospect I wouldn’t have it any other way.  I have developed a cast-iron hide (except when it fails me).  I know my weaknesses, but I also see how far I’ve come, how much I’ve learned, and how much I honor the refusal to give up.  We’re in hard times again.  But somehow I’ve been able to find joy and beauty in the quotidian, and cling to each bright spot and learning moment with delight.  The giveback?  It keeps me strong when the alternative may be to fall apart, to succumb, to quit.  We sure aren’t winning right about now, but as long as we don’t surrender, we are not losers.

Life shows me this in a myriad of magical ways.

One recent summer morning, an other-worldly kind of event.  Vic came upstairs, upset.  A hummingbird had crashed into the screen door and was lying on the back deck, though it was still breathing, he told me.

I was nearly crazed with horror.  I said, close to tears, “BUT THIS IS A BAD OMEN!  A BAD OMEN!  Hummingbirds are magic creatures to me, it is a bad omen!” (As if our lives right now could get any worse, I couldn’t help thinking.)

Fighting panic, I went on down to face whatever I would find.  There it was, iridescent, impossibly tiny, motionless, but – YES-!  Breathing. 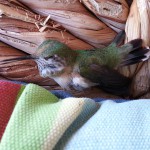 A quick call to the vet yielded few answers save for the fact that they do not treat avians, but they did give me a number for a nearby animal shelter, which does.  I would skip that 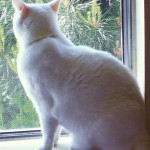 step for now.  Sugar, one of our feral rescues, had her nose pressed to the screen, watching intently from indoors, quivering with excitement.

Vic, who’d been outdoors keeping watch, reported that the bird had just rolled up from lying on its side to a sitting position; hope, then!  Maybe only stunned?

I decided to try to give it some sugar water, using one of the flutes from my hummingbird feeder, crept up to it slowly, and I saw the light come back into its eyes. 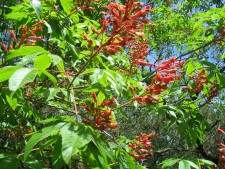 And then, a flutter of wings and it was aloft, sentient, soaring up over the row of gardens against the deep cloudless blue of a late-summer sky, and gone, to live another day.

Now there’s an omen, I thought.  And a very good one.  Vic was clapping as if somebody had slammed in the winning home run.  For me, it was a moment charged 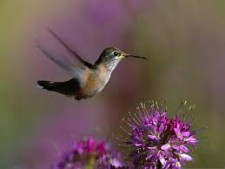 with clear meaning.  One can be raised by spirit to live again.  A surge of gratitude and renewed faith left me so weak in the knees I had to sit down.  Every little thing is gonna be all right.

11 Responses to MIRACLE AND WONDER